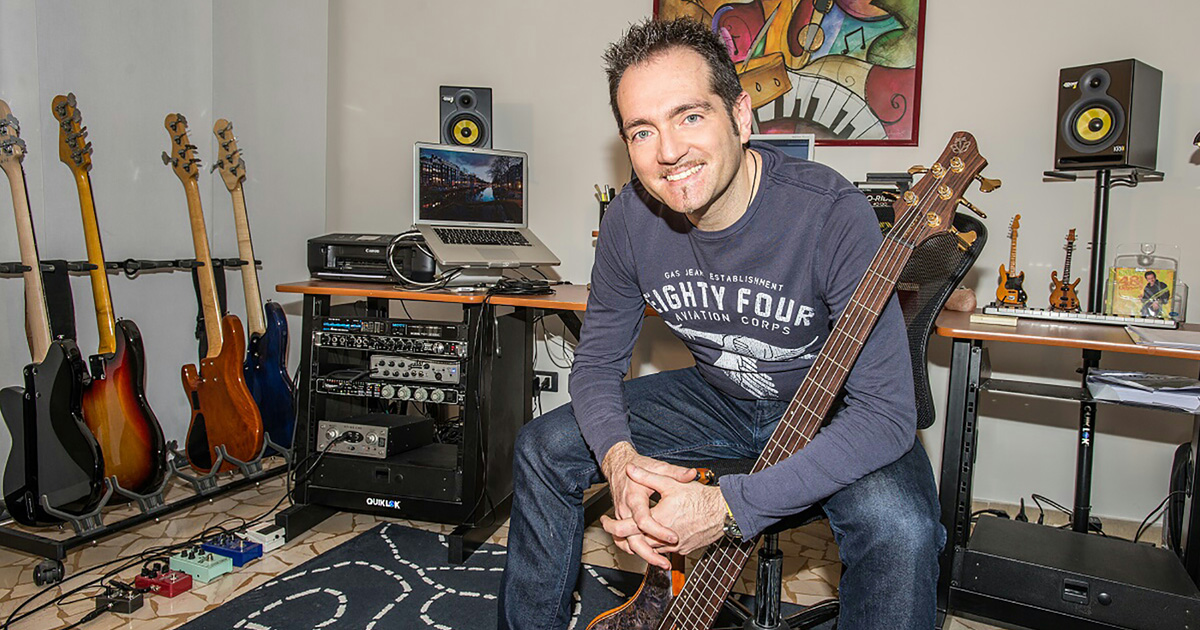 Enrico Galetta Bass player, composer and music teacher. He shares his time between Atlanta and Bologna.

At the age of fourteen, he starts studying bass. After an initial interest towards rock, his love for jazz and its contaminations will become his main source of study and inspiration enriched by the numerous work experiences in other musical sectors. This, also due to a vast musical research, transpires from his debut album ”48 Hour Odyssey”. His musical formation is varied: he receives, with the highest mark, a diploma from the Atlanta Institute of Music; he studies with Adam Nitti, Jimmy Haslip, Massimo Moriconi; he also attends a summer course at the Berklee College of Music; he follows many clinics with renowned artists such as Victor Wooten, Jimmy Herring, Bob Mintzer and Russell Ferrante.

His working career starts as sideman in Italian pop music, working with different artists such as Irene Fargo who he tours with for a couple of years. He then collaborates with the guitar player, Salvatore Russo, playing in various Italian clubs and participating in many events like Disma and Sound Expo. He also plays the opening act for an important rock-fusion concert by Tony MacAlpine and VirgilDonatiin Rome. The year 2004 is an important turning point for Enrico’s career. He leaves for the United States, where he starts working with different artists of the Atlanta music scene, such as Bill Hart, Randy Hoexter and Tom Knight and plays in important jazz events like the Jacksonville Jazz Festival. The experience acquired in Atlanta allows him to widen his musical horizons even in Nashville where he starts collaborating with Adam Nitti and playing with Rod McGaha, Marcus Finnie, Michael Whittaker, Joe Gransden, Jez Grahm, Jane Drake and Jonathan Jackson. His musical and personal background, built up during these years will deeply inspire him to write his first compositions. In fact, it’s in Nashville that his first album “48 Hour Odyssey”, is recorded and produced by Adam Nitti. An album full of jazz, funk and fusion where Enrico’s bass covers solo pieces as well as duets with other instruments and grooves full of energy, characteristic of his background as bass player. His work as sideman is active in Europe too, working together Kenny Serane, Atma Anur, Richard Hallebeek, Martha J, Vincent Fabré, Jean Fontanille.

In 2015 Enrico release his first bass book "Grooving with Hybrid Techniques", a complete guide to learning and shaping more than one technique, Flamenco Slap, Double Thumb, Classical Slap, Muting Bass and the Hybrid Style. Currently, he’s working on his new record, apart from promoting his band and his work as sideman and bass clinician, in various international musical events like Musikmesse in Frankfurt, Todobajos Bass Day in Madrid. He is a official endorser for SadowskyGuitars, DR Strings and QuikLok cables.