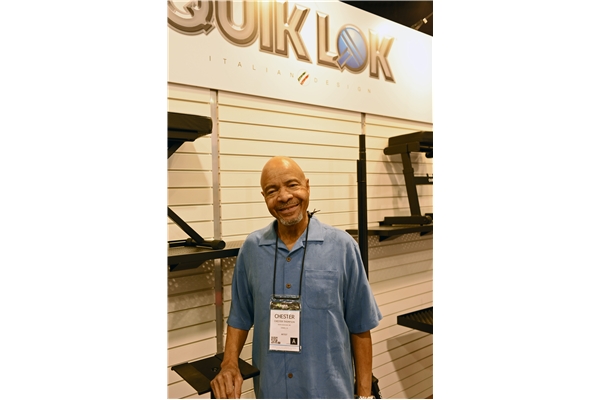 From Jazz (Weather Report), to Rock (Frank Zappa and the Mothers), to Pop (Genesis/Phil Collins) to Gospel (Ron Kenoly), Chester Thompson has surpassed the boundaries of musical genres. Chester's performance and recording experiences have influenced over three decades of music and musicians. Whether he is playing drum kit or percussion, Chester's masterful subtleties and unyielding time create the firm musical foundation for any musical genre. Every time Chester plays he gives 110% - there is no such thing as practice.

Born and raised in Baltimore, Maryland, Chester started playing in local nightclubs at age 13. He has spent extended periods of time in various musical centers including Los Angeles, CA and London. After a heavy touring schedule in the 1970s, 80s and 1990s, Chester and his family now call Nashville, TN home. Keeping extremely busy with live performances, studio recordings, clinics and writing, Chester's Nashville residence has also afforded him more time to invest in students. On faculty at Belmont University since 1998, Chester teaches applied drum lessons and directs a jazz ensemble. Known for his exceptional teaching style and zeal for music, Chester is a favorite among students and fellow colleagues. His album, Joyful Noise, was first released in 1991. He has released a DVD of a performance at the 2003 Paderborn Drum Festival entitled "On the Fly" and another DVD with Luis Conte, "Drum Talk, El Habla Tabor".